Pedia for Teaching and Learning

An American author in the fields of dance and personal development.

Susan Helene Kramer was born in Baltimore, Maryland, to Walter and Jane Kramer (both deceased), and she has a younger brother and sister, David and Sharon. She was raised at Fair Oaks on the Magothy plantation in Severna Park, Maryland. Her early life included ballet, tap, piano lessons, and church activities at St. John the Evangelist Catholic Church in Severna Park, Maryland. When she was eleven years old the three priests of her church moved into the main plantation house for two years, and Susan was first made aware of the ecumenical movement in the Catholic Church during dinner talks with one of the priests, Father Charles Riepe (1933-2009) (photo at right). Dance and yoga photos.

From 1960 to 1966 Susan commuted to Baltimore several times a week to attend ballet classes with Carol Lynn at the Peabody Institute Dance Division of the Peabody Conservatory of Music. (Since 1986 Peabody Institute Dance has been a division of Johns Hopkins University). She graduated from the ballet program and was a member of the Peabody Junior Ballet, Peabody Senior Ballet, and a Baltimore Opera Company dancer under the direction of Carol Lynn (photo at left), working with visiting choreographers including Lucus Hoving, and Tommy Sands.

During the nine week summer sessions of 1963 and 1964 Susan was a scholarship student at Jacob's Pillow Dance Festival and University of Dance in Lee, Massachusetts, studying classical ballet with Margaret Craske, modern ballet with Myra Kinch, Bharatanatyam with Carola Goya, and classical Spanish with Ximenez and Vargas. Additionally, Labanotation with Ann Hutchinson, principles of rhythms and Delsarte with Ted Shawn, culminating each summer as a Jacob's Pillow Dancer with choreography by Nell Roos and Ted Shawn. (Photo at right of Susan Kramer in center foreground from Pas de Quatre, 1971, with the Annapolis Civic Ballet Company.)

During the school years1965 through 1967 Susan taught ballet through the after school dance cooperatives at Clarksville Elementary School, and the elementary school of the new city of Columbia, Maryland. She was a substitute Fundamentals of Dance and Ballet I teacher at Peabody Institute, Baltimore, 1966-1967. Susan moved to Annapolis in 1967 and taught in the after school dance program at Cape St. Claire Elementary School, additionally volunteering time in the kindergarten to teach small groups of students basic rhythms, math and language skills through movement patterns. Susan moved to Santa Barbara, California in 1976, and taught regular and disabled elementary students math and language skills through movement and rhythm. (Photo at left teaching a rhythmic movement.)

After moving to California, Susan began studying yoga postures, philosophy and meditation with the Integral Yoga Institute and was certified to teach in 1982.

Since 1982 Susan has been writing articles and books on ballet, rhythmic dance, practical spirituality, meditation, codependency from a spiritual point of view, and social issues. She is the author of The Rhythmic Movement Dance Series, part of the Gateway to Educational Materials, Project GEM of the United States Department of Education. Biographical article from "Goleta Sun Newspaper." [1]

Kramer has authored 24 books as of 2021, and articles and books published in English, Dutch, French, German, Greek, and Spanish, [2] plus several doll making books.[3]  (Photo at Meditation Mount, Ojai, California.)

Susan Helene Kramer and her husband, Stan Schaap, divide their time between Santa Barbara, California, and North Holland, The Netherlands. [4]

Works by Susan Kramer include the following: [5]

1988: Relating from Light and Love; Coleman Publishing (revised and updated as God Speaks Through the Holy Spirit )

2000: Rhythms and Dances for Toddlers and Preschoolers

2002: Sing and Dance While Learning Math

2005: God Speaks Through the Holy Spirit (revised and updated edition of Relating from Light and Love)

2005: Meditation Lessons for Teens and Adults

2006: Meditation and Spiritual Stories for Kids

2007: Meditation and Spirituality for Teens

2017: Little Dances and Meditations for Kids in English and French

The poses and meditations in Yoga for All Kids have been distributed to 900+ preschools in Canada in both English and French by LA FÉDÉRATION CANADIENNE DES SERVICES DE GARDE À L'ENFANCE. And at least one copy of the Dutch book in translation Fundamentele bewegingen voor kinderen is in each of the 150 libraries in The Netherlands. These books are part of my "Children in Motion - Dance, Meditation, Yoga" series translated from English into Dutch, French, German, and Spanish 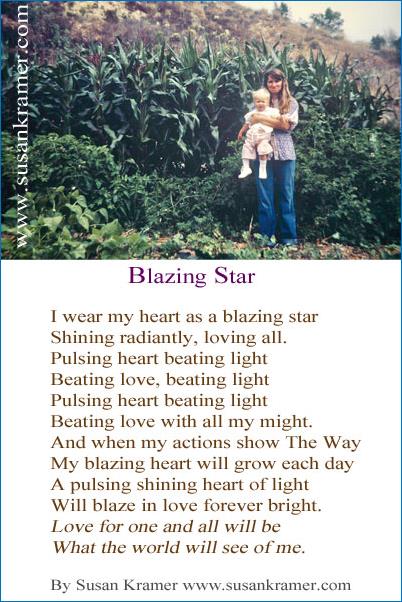