The Topography of California

California is next to the Pacific Ocean on the west coast of the United States. It is between 32 degrees north and 42 degrees north latitude and is the most populous state in America with more than 37 million inhabitants. The capital of California is Sacramento - located between San Francisco to the west at sea level and Lake Tahoe elevation 6,225 feet straddling the California and Nevada border to the east. 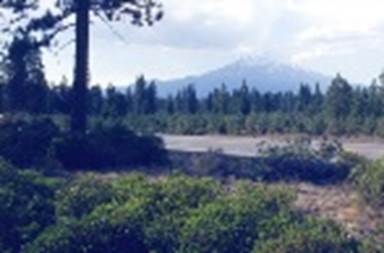 With the state covering 163,696 square miles there is plenty of room for a diversity of topography. Starting at the south-western tip is the ocean-front city of San Diego. The land here is flat and the weather moderate year round with gentle ocean breezes to temper the hot summer sun.

Stretching directly east along the northern Mexican border you’ll be in the Mojave Desert all the way to Arizona. The area around the Sultan Sea is fine for growing grapefruit - which I enjoyed while spending a lovely week camping in this area one year during January. I left behind temperatures in 40s in San José just south of San Francisco. It felt wonderful to lie out in the full sun and bake at 80 degrees at the Sultan Sea.

Going back to San Diego for a moment and driving north about 92 miles along the coast finds you in the Los Angeles metropolis. I covered 60 miles in a period of one hour in a never-ending congregation of towns without borders just to get beyond the Los Angeles area. LA had more than 3 million inhabitants according to the 2010 national census - making it the largest city in California and second largest behind NYC in the United States.

If you stay along the coast while driving north you’ll enjoy sea-level sights to the west - but directly butting the coast are one after another coastal mountain ranges. That has not kept them from becoming populated. You’ll see houses on stilts with deep caissons holding them into mountainsides.

Unless it is in early spring and there has been plenty of rainfall the mountains are mostly covered with sage bushes - which smell good but are not very green. One thing about southern California is that the rainfall averaging around 20 inches a year is mostly a winter event - by summer the mountains look brown.

Winding your way northward you'll head through the Santa Barbara area. Just over 100 miles further north you’ll be in San Luis Obispo - the western side of central California - and another 232 miles north is San Francisco. Now you are officially entering northern California.

Traveling north from San Francisco is like entering a lush green forest. Vineyards are growing at lower elevations. To the east are rising mountains and the dormant volcano Mt. Shasta lording over every other land feature. On a clear day I have viewed Mt. Shasta from 50 miles away - as you can see in the photo above. If you kept driving north you’d cross the border into the mountains of southern Oregon. From the south to the north and west to east we have explored the topography of California. I hope you’ve enjoyed this vicarious journey around the state.

Article and photo of view of Mt. Shasta by Susan Helene Kramer